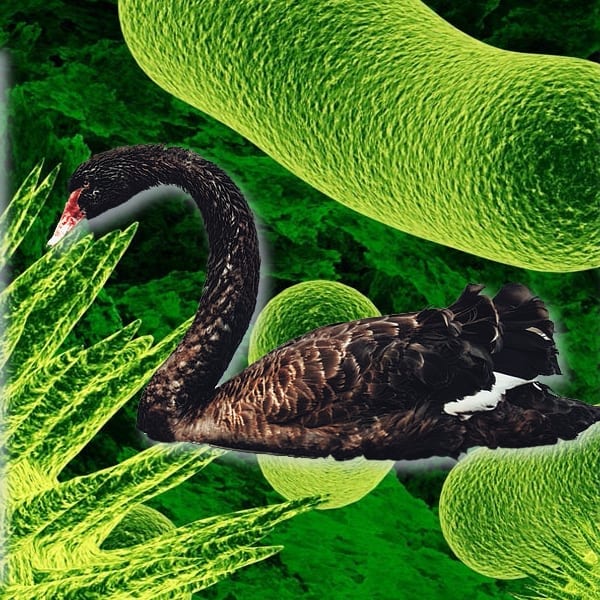 The recent ASX downturn has made me think of the interview we did with Roger Montgomery last year where he predicted that the next downturn would be caused by a “black swan”, something you never expect and therefore can’t predict. You can only predict that a black swan will happen at some time. It remains to be seen how long it will last and how bad the downturn will be, but the China Wuhan coronavirus scare is certainly one of those black swans, so Roger was right as usual.

As for what it means for our portfolio, which has taken a hit but still outperforms the ASX All Ords by ~200%, according to Tony, he’s just going to do what he always does, in good times and in bad – read the AFR over breakfast every morning, looking for news that might affect his stocks, and keep an eye on the three-point trend line for his stocks, selling when they breach the down trend line. Apart from that, it’s business as usual, no need to panic. In fact, if the downtrend continues, it will be an opportunity to buy quality companies cheaply. Funnily enough, Tony wrote a post about his strategy during a downturn a few weeks ago, just before the Wuhan news had any impact. Is he a prophet? Or just a profit?

Because we are only buying stocks from companies with a strong track record of profit, growth, and solid management – and we’re only buying them when we can pick them up at a discount – we have a safety margin. We can be fairly confident that these businesses will continue to be run well during the crisis (even those like Qantas that are in the direct firing line of the crisis) and that their share price will bounce back after the crisis subsides.

There will, of course, be an impact on some of them, especially those involved in tourism to and from China.

Australia’s tourism economy, which is already reeling from the impact of the bushfire crisis, will be badly hit by the absolute travel ban on visitors from mainland China that has just been imposed by the Australian government. China has become the largest source country for international tourist visits to Australia, accounting for 1.4 million visits in the 2018-2019 financial year, or around 15% of total international tourist visits to Australia.

However, as Tony pointed out on this week’s upcoming episode, Qantas has so far said the travel ban will have little impact on its revenues, so there’s no need for concern, even though their price is down 10%.